The term fintech has been around for decades, simply short for financial technology. However, during the Great Fintech Scare of 2017, the term suddenly took on a different, narrower meaning. Specifically, that was the term applied to new, aggressive, modern, nimble fintech startups that, so it was feared, had the potential to out-credit union credit unions.

To the best of my knowledge, no credit union has had to shutter its doors due to a fintech startup. Even if they find some money, a couple of guys working in their dad’s garage still lack one important ingredient that credit unions have in abundance: members. More to the point, fintech startups lack the massive amount of member data that’s been stored in every credit union data processing system since the beginning of time.

Don’t rest too easy just yet, though. At the other end of that spectrum, we have the Apples and Googles and Amazons and Rocket Mortgages and Lending Trees – companies that, like credit unions, have massive amounts of consumer data, but unlike credit unions (and just about anyone else), have a virtually unlimited amount of money to throw at creating and promoting their fintech products and services. And make no mistake. They wouldn’t think twice about destroying the entire credit union market if that meant increasing shareholder value.

Is that really good enough for this day and age? Consider that the global financial technology market is bigger than it’s ever been. Much bigger. Last year, billions and billions of dollars got moved from here to there by one electronic means or another. How big was the credit union slice of that pie? In pie terms, probably barely a sliver.

How can credit unions achieve any level of influence in the direction of financial technology when their voice is, candidly, relatively small on the global stage? Allow me to introduce what we consider to be the next-generation technology CUSO. In this environment, progressive credit union partners (truly partner) with established fintech companies to form a forward-thinking technology CUSO owned jointly by the fintech company and investor credit unions. 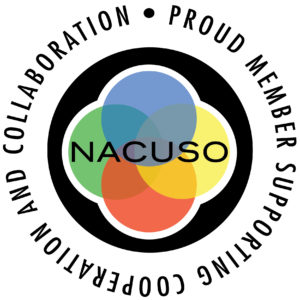 What benefits does a credit union get for becoming an owner of CU Ralz? The obvious one is that they get an investment in an industry-leading, proven technology.  However, perhaps even more important, each one of these credit unions gets an owner’s voice in shaping the development and delivery of Payrailz products to the credit union space. In other words, they can ensure with certainty that Payrailz products meet the specific needs of the CUSO owners’ members. That’s significant and everyone involved with CU Payz is very excited about working together.

Moreover, those involved in this collaboration are all looking forward to not only sharing a business opportunity, but an opportunity to create a better credit union digital payments experience that will simplify members lives and add value.